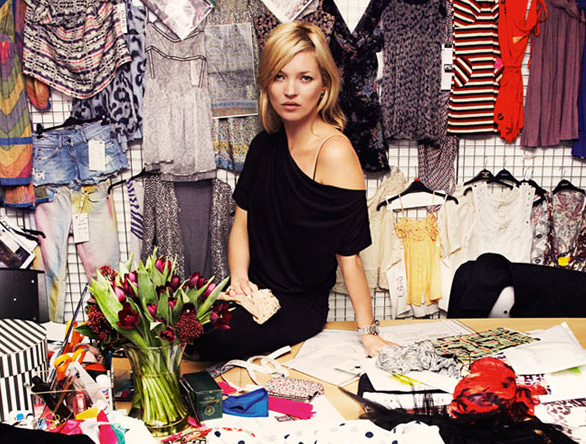 Here’s some good news to brighten up your Monday: Kate Moss has announced her return to Topshop with a new collection expected to hit stores in April.

Industry news source WWD broke the news, which has been the subject of speculation for months since Topshop boss Sir Philip Green said he wouldn’t rule out another line from the British supermodel after a hiatus of more than three years. He told WWD: “The first time around was such a lot of fun, and she has been sorely missed.”

Kate herself has said that she has ‘really missed being involved in the design process’, and working with the Topshop team. “I am very excited to create a new collection that bears my name now more than ever, with London being at the forefront of fashion, as it feels like I’m back home working with Topshop,” she says.

The 40-piece collection is already in progress and will include clothing, shoes and accessories. Sir Philip has also hinted at a global campaign for the launch, saying there will be pop-ups in department stores around the world.

With Kate working alongside Topshop creative director Kate Phelan and stylist Katy England, we reckon it’s going to be a sell-out – is it too early to start queueing?

What are you hoping to see in the next episode of Kate Moss for Topshop? Tea dresses? Faux fur jackets? Over-the-knee boots? Tweet us your thoughts!

Caroline Jones
Editor-in-chief
You might also like
collaborationsfashionUncategorized
Alexander Wang x H&M is happening
M.I.A. teams up with Versace for Versus collection
See Kitty Joseph’s collection for Absolut Originality