FIND US!
Need To Know
M.I.A. teams up with Versace for Versus collection
Previous
RANDOM
The winter coat edit: pop your colour
Next
3 views
0 likes
0 comments 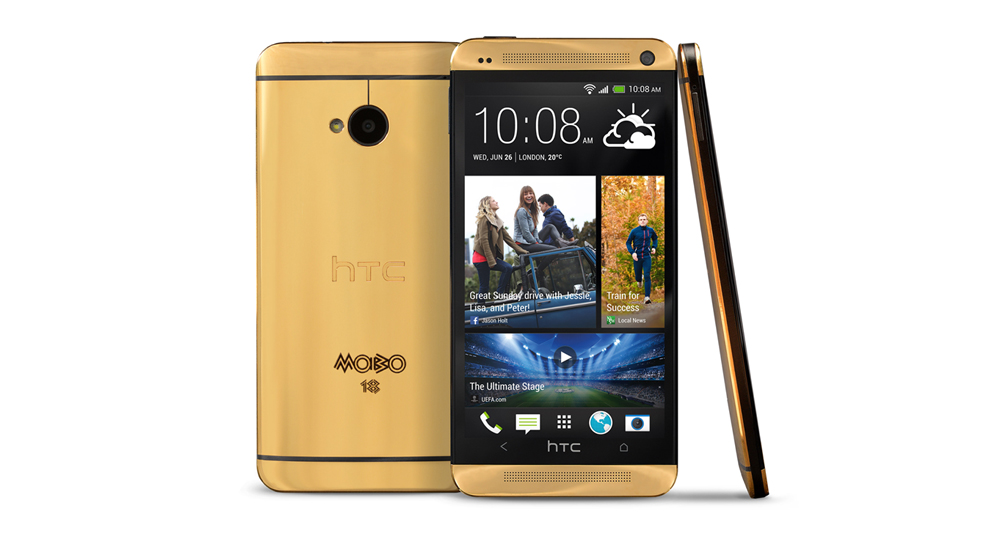 When we celebrated our 18th birthdays, we got one of those naff plastic keys and a bottle of fizz – but when the MOBO Awards turn 18 on 19th October it’ll be a different story altogether. Coming of age in true style, the MOBOs will mark their 18th anniversary by presenting the winner of the Best Newcomer award with an 18-carat gold-plated HTC One. That’s some prize!

Valued at a whopping £2,750 and with only five of the gilded gadgets in existence, it’s the most expensive and exclusive smartphone HTC has ever created, and as well as the gold-plating the phone will feature a special MOBO 18th anniversary logo laser-etched into the back cover. Phone customisation specialist Goldgenie, who crafted the gold HTC One designs for the company, has also made one-of-a-kind phones for Kate Moss, Denzel Washington and Will Smith, so the lucky recipient will be in good company.

“The best artists have always been given gold discs to celebrate their success, but today most people listen to music on their phone,” HTC EMEA president Phil Blair tells us. “We wanted to celebrate that fact. The award-winning HTC One is the gold standard in mobile design and innovation, so it was an obvious choice to make it even more special. We’re sure the winning MOBO artist will love their unique phone and we will even be giving a lucky member of the general public the chance to get their hands on one soon too.”

This year’s Best Newcomer nominees are Daley, Elli Ingram, Etta Bond, Fuse ODG, Jacob Banks, Jahméne Douglas, Krept and Konan, Sam Smith, Shakka and Stylo G and you can vote for your favourite here. Who do you think would rock the gold HTC One best? And how much would you love to get your hands on one?